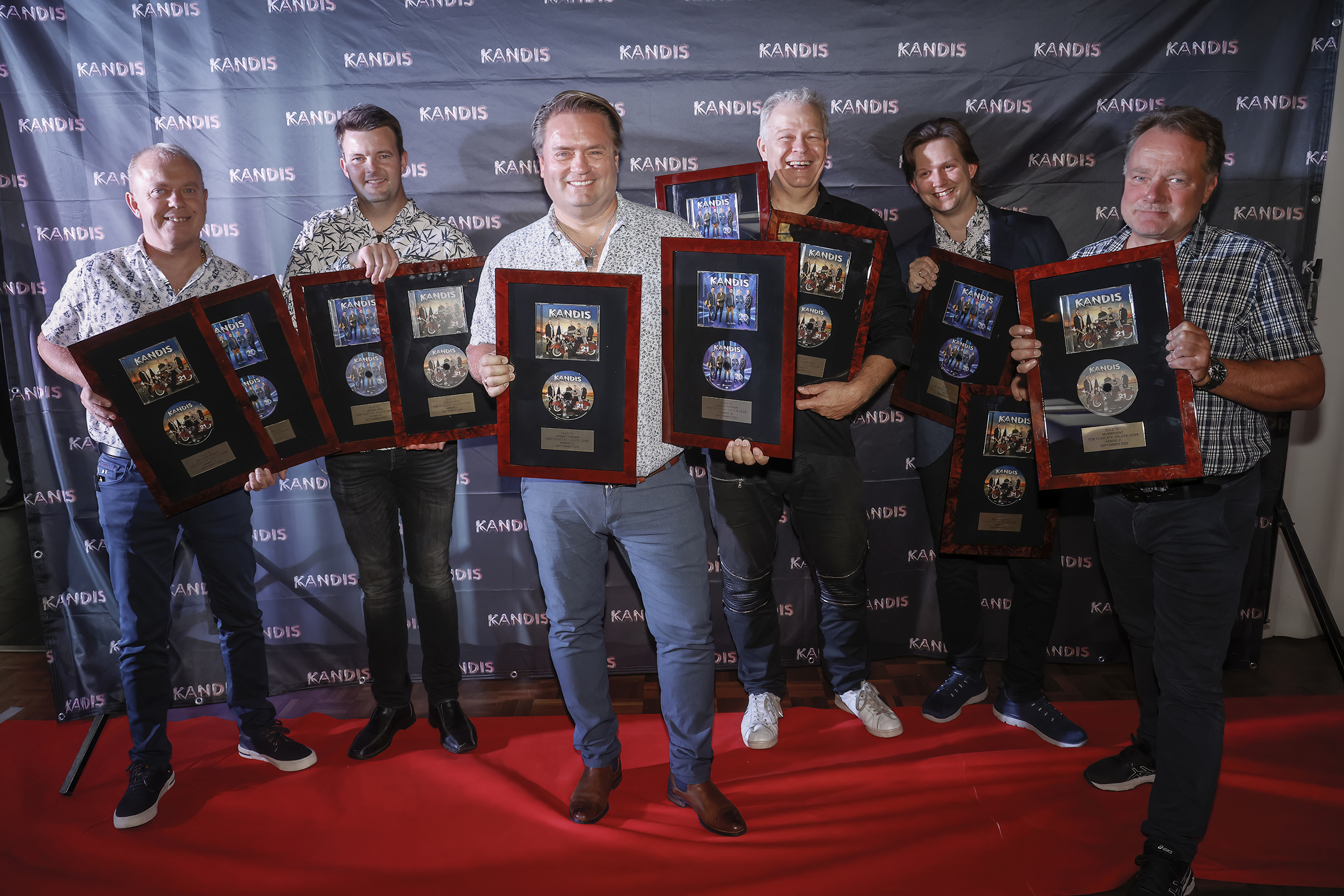 Kandis have been awarded two gold records representing 10,000 CD sales of 'Kandis 20' and 'Kandis 21' respectively. The band were presented with the awards during their fan party in Brædstrup last Sunday by Music Manager's very own Henrik Sørensen.

"We are super proud and happy that in an otherwise non-existent CD market, 10,000 of both of our latest CDs can still be sold. Thank you to those of you who still buy our CDs. We can also reveal that preparations are underway for a new CD, Kandis 22, which will be released in spring 2023."

Sign up for Music Manager's newsletter
Thank you! Your submission has been received!
Oops! Something went wrong while submitting the form.
Cookie StatementTerms of ServicePrivacy Policy
© 2022 Music Manager. All rights reserved.