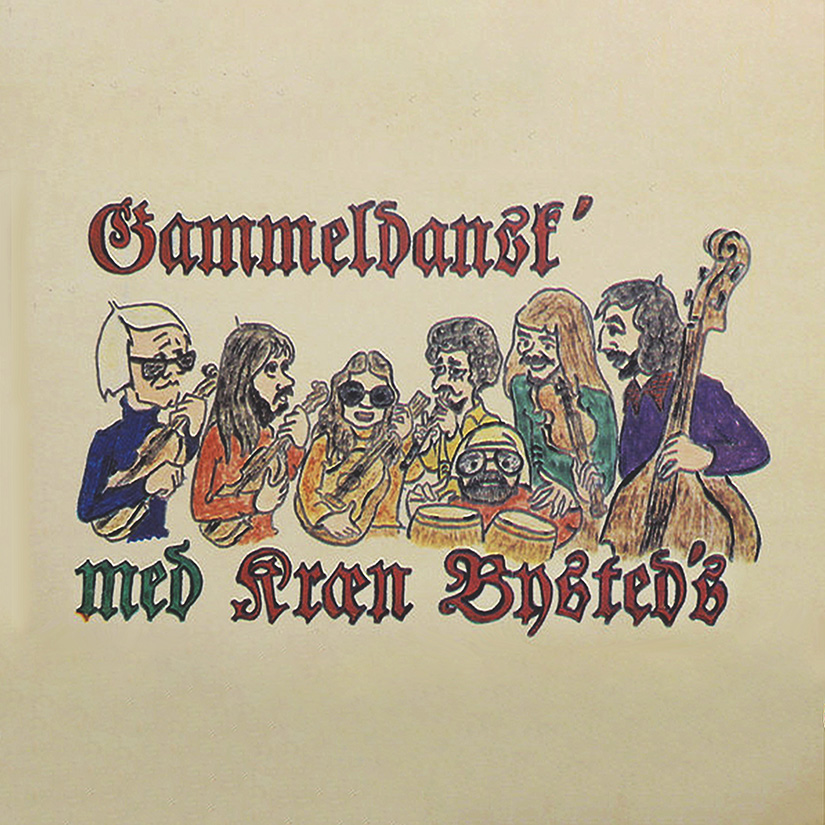 Kræn Bysteds were a Danish folk rock band established in 1973 by three schoolmates from Aalborg, Denmark - Lars Lilholt, Jacob Ohrt and Lars Dam. They started out as an acoustic folk trio, playing traditional Danish and Irish folk music. Over the years, they developed into Denmark's leading modern electric folk / rock band inspired by the English Fairport Convention, Bjørn Afzelius and Michael Wiehe's Swedish Hoola Bandoola Band. Lars Lilholt gradually became the group's songwriter and creative center with Inger Nyholm as the external face, and the self-written Danish songs, together with instrumental medleys of fiddler music with heavy electric rock bottom, became the group's hallmark. ‘Gammel Dansk’ was the first album recorded by the band, originally released (on tape only) in 1975. This is the first time the album has ever been released digitally and the original masters have been lovingly restored in 48 kHz / 24-bit HD audio. The artwork is an illustration drawn by Lars Lilholt’s father – Per Lilholt, who also contributed violin and viola to the record.

Sign up for Music Manager's newsletter
Thank you! Your submission has been received!
Oops! Something went wrong while submitting the form.
Cookie StatementTerms of ServicePrivacy Policy
© 2022 Music Manager. All rights reserved.